Mikagura School Suite (ミカグラ学園組曲, Mikagura Gakuen Kumikyoku) is an on-going song series created by Last Note. and so far all songs were sung by the Vocaloid GUMI.

When the first song, "Houkago Stride", was in progress, Last Note. only thought to make a song that would be commented as something which is seemingly amusing and fun. Since he also loves to make stories for the song's background, he got an idea of doing something new in the song by setting up an Academy that not only has cultural clubs, but also becomes a place where battlers can use their abilities to fight. There will also be many characters on it as a setting. At first, they did not intend to prepare a song for each main character like they do now, but upon seeing the reaction to Houkago Stride's PV once it was uploaded, they started to think about it.[1]
Some days after the Houkago Stride release, some publishers came to Last Note. to suggest that they write a novel based on the song. With the publishers' suggestion as an excuse, Last Note. then started to write the the world of Mikagura and finally, "Mikagura School Suite 1 - Stride After School" was released on July 2013. Following the success of the songs and novels, a manga version of the series started on September 2013, and an anime adaptation is set to be aired on April 2015, making the series become a mixed-media franchise. 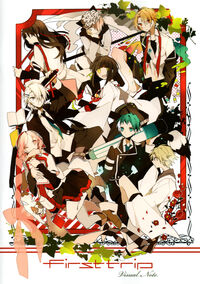 Mikagura School Suite tells about a girl named Eruna Ichinomiya who starts her new school life in Mikagura Academy. While at first the reasons why she chose the Academy were simply because of its cute uniforms, school life with only cultural clubs, and the chance to meet the model of the Mikagura Academy informational book, as soon as she entered the Academy, it was much more than what she expected.

Following the success of the songs, the first novel of the series was published on July 25th, 2013 under the MF Bunko J label and was also written by Last Note. and illustrated by Akina. Currently, six novels have been released. 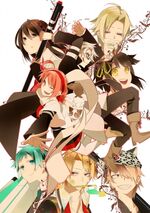 The manga adaptation of the series was started on September 24th, 2013 and published monthly on Comic Gene. The story is written by Last Note. themselves and the comic is illustrated by Sayuki. Currently four tankobons have been released and the fifth one will is still on process. 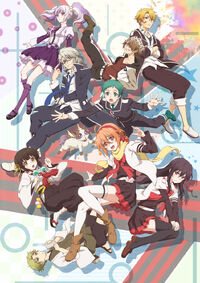 Following the success of the light novels and manga, an anime adaptation was also announced.[2] It is produced by Dogakobo Studio and directed by Tarou Iwasaki, and also start airing on April 7th, 2015, at 11 PM Japan Time (GMT +9) on AT-X.[3]

Community content is available under CC-BY-SA unless otherwise noted.